May the Luck o’ the Irish Be Always With You 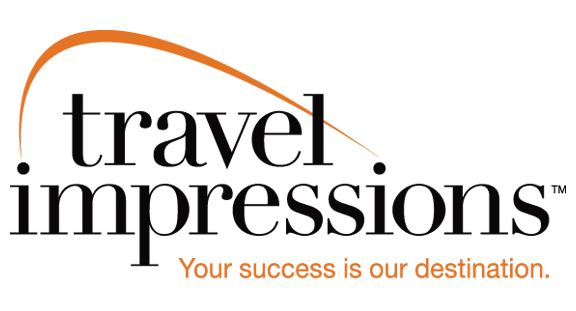 St. Patrick. Everyone knows him as the patron saint of Ireland—one with a personal history as interesting as the craic you’d find in any fine Irish pub.

His story begins with a kidnapping. He was taken by pirates from his native Great Britain as a child, and after several years of slavery, managed to escape from his captors. From there, his life took a spiritual turn as he became what is popularly considered the founder of Christianity in Ireland.

After that, his feats begin to take on the shine of legend, but today, his pop culture association is perhaps a bit more … spirited … rather than spiritual!

On March 17, “everybody’s Irish” as his name is quite literally toasted the world over, a statement made truer by the fact that St. Patrick’s Day is actually celebrated in more countries than any other national festival (The Wearing of the Green: A History of St. Patrick’s Day)! This holiday has been an official Christian feast day since the early 17th century, as many a country lift Lenten restrictions for eating and imbibing for a day to put on public parades, festivals, and green attire, and raise a glass to this venerated saint.

But if you have a choice of anywhere to celebrate him, the obvious first pick is Ireland.

In Dublin, the country’s capital city, four days of traditional dances and revelry lead up to the big day. The Temple Bar neighborhood bursts with activity and stereotypical kitsch during this time of year … but much like New Orleans’ French Quarter during Mardi Gras, if you want to celebrate like a native, venture outside of the party zone. You’ll find boat races, the Irish Beer & Whiskey Festival, and an entire city awash in green. We promise you’ll be delighted to tap your heels to the sounds of live Irish music with new friends, watch traditional step dancers perform, or partake in a hearty dinner at a real, historic public house with locals. Doing so still allows you the chance to make your contribution to the average 13 million pints of Guinness consumed that day, but in a much more authentic, moving way.

Farther—but not too far—afield is Cork and its litany of festivities, a list that backs up its claim to being “THE place to be on St. Patrick’s weekend.” There, find a food and crafts market, music, street performers, and children’s workshops.

Meanwhile, the oldest St. Patrick’s Day parade can be found in County Wexford. Its roots can be traced back to 1917, but in present day, you’ll find upwards of ten bands and more than 100 groups and floats marching through Wexford town. Other towns in the county boast parades of their own as well.

Also not to be missed in Ireland is the earliest parade, led by the Dingle Fife and Drum band (6 AM), the International Band Parade and Competition in Limerick, and the weeklong festival in County Armagh, where you can visit one of the saint’s original churches.

But as we mentioned, the Emerald Isle isn’t the only global destination you should wear green in! Just one island over, Great Britain celebrates their native son in grand style. Despite past political contention and the separation of the Republic of Ireland and Northern Ireland, this holiday brings both cultures together. An all-day festival in Trafalgar Square the Sunday before does the job in London, where music, a food market, fashion show, and film festival take over the city.

It’s Birmingham, though, that holds the largest St. Patrick’s Day parade in Britain and the third largest in the world—following Dublin and New York—with a two-mile route that goes through the city’s center. Liverpool, while better known as the home of the Beatles, is also home to more residents of Irish ancestry than any other city in England. Naturally, music, cultural events, and a parade take place there. However, if you’re looking to draw out the fun, Manchester’s two-week festival may just take the cake.

In another region of the UK, Scotland, Glasgow’s annual parade and festival has been picking up steam since its inception in 2007.

Back across the pond, we all know the U.S. celebrates this holiday with abandon, but Canada boasts a fair share of celebrants, too. Montreal is particularly notable.(Its flag even features a shamrock in one of its quadrants.) Yes, it’s a city famous for its French influence, but, after all, everybody’s Irish on the 17th—or in this case, the Sunday before, when its annual parade, which has never been canceled since its inauguration in 1824, takes over.

In Vancouver, the CelticFest Vancouver Society puts together a parade and festival around that weekend, and Toronto, whose Maple Leafs hockey team used to be called the St. Patricks, attracts over 100,000 spectators to its annual parade.

No matter where you choose to wear the green on this famous saint’s day, with one of our Travel Consultants orchestrating your trip, you won’t need the luck o’ the Irish to make sure it’s an epic one.